Our New Location in the woodlands is now open! 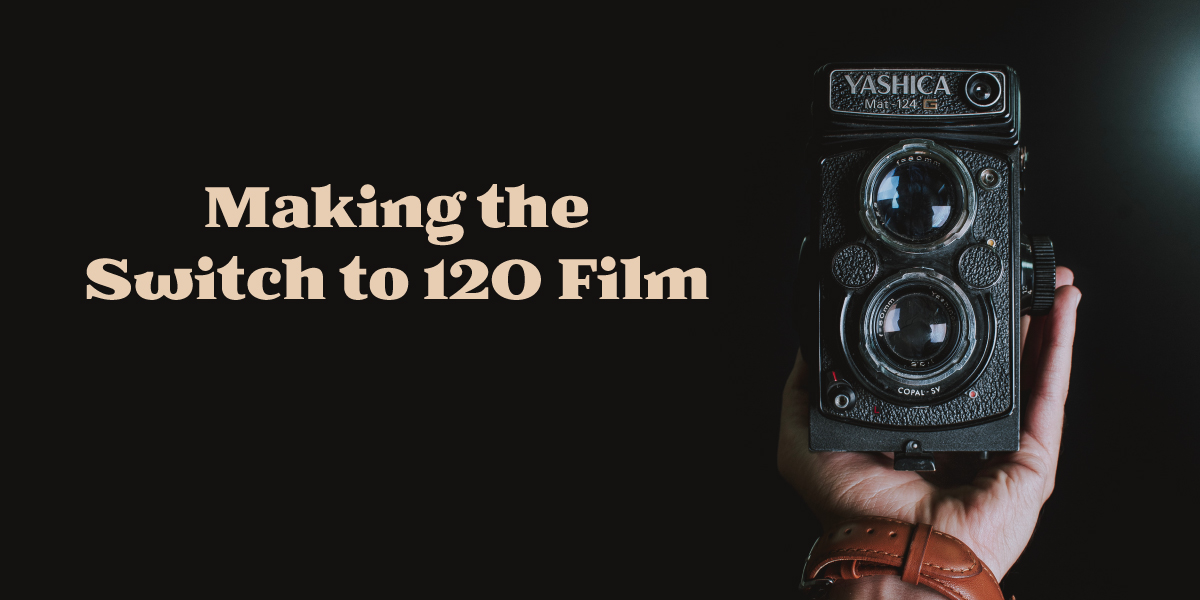 Thinking about making the switch from 35mm to 120 film? Shooting each film has its advantages and dilemmas. The greatest difference between 35mm and 120 is that 120 offers better resolution and detail because of its larger negatives. Photos shot on 120 film also tend to have more depth than their 35mm counterparts.

120 film cameras tend to be heavier and bulkier so at times it can be less convenient to shoot 120 for the photographer on the go. It is also typically more expensive to shoot in 120 because each roll maxes out at 16 shots.

It might be a good idea to start with 35mm for the amateur film photographer to allow for more experimentation in the beginning of figuring out what film photography is all about. The variance in the film photos’ properties largely lies in the level of ISO and type of film itself in terms of color, grain etc, not necessarily if it's 35mm or 120, although of course this is a factor in the final outcome of the photos as well.

Most films are available in both 35mm and 120, although there is currently a 35mm film shortage worldwide, so there’s no time like the present to add 120 to your film rotation!

Stop by Precision Camera to check out our rotating selection of 120 film. Some 120 films we have in stock this summer include:

Nervous about committing to 120 film camera? Check out our selection of medium format cameras in our used section for more cost efficient choices.